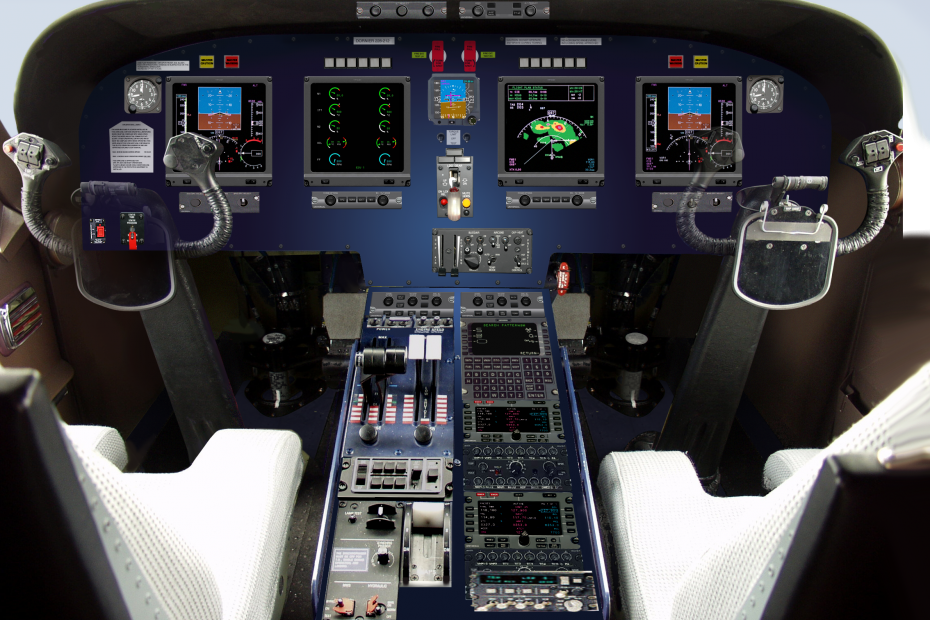 Dresden/Oberpfaffenhofen – July 06, 2021 – General Atomics AeroTec Systems GmbH (GA-ATS), a subsidiary of General Atomics Europe GmbH, has recently placed an order with EURAMEC N.V. of Hamme, Belgium for a fully-immersive flight simulator for the Dornier 228NG aircraft family. This simulator allows for a complete “immersion” in the virtual situation due to the greatest possible closeness to reality. The simulator will be built by EURAMEC and delivered to ATS’s flight training facility in Oberpfaffenhofen, Germany. The Do-228 flight simulator will be certified as a flight training device to EASA FNPT-II/MCC and FTD Level standards.

“This simulator will take our GA-ATS flight training capabilities for the Do-228NG family to a new level,” said GA-ATS Managing Director Erik Bollen. “Acquiring this simulator is another example of GA’s ever-deepening ties with European aerospace industry and demonstrates our ongoing commitment to working with Belgian companies to meet our supply chain needs.”

“EURAMEC is pleased to support General Atomics Europe on the development of type-specific flight training devices.” said Bert Buyle, CEO EURAMEC. “We look forward to the EASA certifiable Do-228 NG flight simulator playing a role in delivering support to the safety, training and readiness of flight crews around the world.”

GA-Europe had completed the acquisition of RUAG Aerospace Services GmbH on March 1, 2021. GA-ATS is an innovative aviation company that is now the manufacturer and Type Certificate Holder of the Do-228. It also provides maintenance and repair services of business aircraft and military helicopters. The Do-228 is a twin-engine, multirole light transport aircraft of which the Dornier Do-228NG is the current production version with a state-of-the-art glass cockpit and increased performance.

General Atomics Europe GmbH is a medium-sized service and consulting company headquartered in Dresden. It has stakes in nine subsidiaries with a total of around 1,000 employees. In addition to its business activities in the aviation sector, its range of services includes the modernization and maintenance of rail vehicles, the disposal of conventional ammunition and explosives, special construction services and environmental rehabilitation, engineering precast reinforced concrete parts, environmental monitoring and water technology.
Today’s GA-Europe has its roots in the former Spezialtechnik Dresden GmbH, which was taken over in 1992 by the family-run US company General Atomics and has been consistently developed since then. General Atomics is a global technology company headquartered in San Diego, California. It employs over 15,000 people. www.ga-europe.com

EURAMEC is based in Belgium with sales offices in Europe and Asia, and commercial partnerships in North-America, the Middle-East, Africa and Australia. www.euramec.com

We use cookies on our website to give you the most relevant experience. By clicking “Accept”, or by using our website, you consent to the use of cookies. Alternatively you may access more detailed information and change your preferences before consenting or to refuse consenting. Please note that some processing of your personal data may not require your consent, but you have a right to object to such processing.
Cookie settingsACCEPT
Manage consent

This website uses cookies to improve your experience while you navigate through the website. Out of these, the cookies that are categorized as necessary are stored on your browser as they are essential for the working of basic functionalities of the website. We also use third-party cookies that help us analyze and understand how you use this website. These cookies will be stored in your browser only with your consent. You also have the option to opt-out of these cookies. But opting out of some of these cookies may affect your browsing experience.
Necessary Always Enabled

Performance cookies are used to understand and analyze the key performance indexes of the website which helps in delivering a better user experience for the visitors.

Analytical cookies are used to understand how visitors interact with the website. These cookies help provide information on metrics the number of visitors, bounce rate, traffic source, etc.

Advertisement cookies are used to provide visitors with relevant ads and marketing campaigns. These cookies track visitors across websites and collect information to provide customized ads.

Other uncategorized cookies are those that are being analyzed and have not been classified into a category as yet.